The legend of this house and its famous balcony arose from the first dialog in Shakespeare’s “Romeo and Juliet”, one of the most performed scenes in the history of theatre.

It was in this very house that the eternal lovers professed undying love to one another.
In fact, popular lore identifies the Shakespearean Capulets as the Del Cappelos, the noble family that owned this building for a very long time (from the thirteenth century) and whose coat of arms is carved over the arch inside the courtyard.
Over the centuries, this house has become one of Verona’s most representative sites and is the destination of hundreds of visitors who arrive each day from around the world in a desire to pay tribute to love.

The Medieval residence, picturesquely restored by Antonio Avena in the early twentieth century, features a beautiful internal facade made of exposed brick, a Gothic portal, trefoil windows, a balustrade that connects the various sections of the house from the exterior and, of course, the famous balcony.

The interior contains furnishings from the sixteenth and seventeenth centuries, frescoes relating to Romeo and Juliet episodes, and Veronese Renaissance ceramics. The rooms on the upper level have a wood trefoil ceiling, with coffers that are painted blue and feature gilt stars.

The bronze statue of Juliet by Nereo Costantini is displayed in the courtyard.

The courtyard will always remain open to the public. 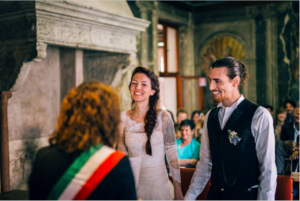 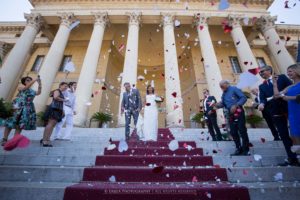 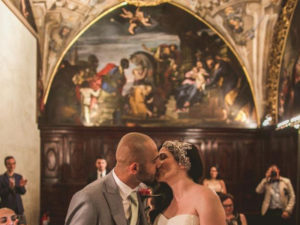 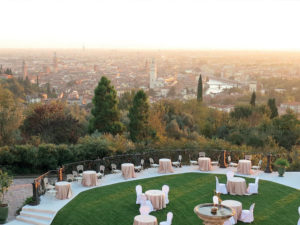