Sposami a Verona offers the spouses the possibility to bind their “I do” to the most famous love story in the world: the one of Romeo and Juliet, set in early 12th century in the city of Verona. The genius of Shakespeare has managed to give the love story of the lovers of Verona the eternity of a myth. Verona also offers the privilege of living the most important day in the life of a couple in the places that testify to the history of the town, from Palazzo Della Ragione to Palazzo Barbieri.

Marriage is the union of two people having an intent of reciprocal support, as well as the care and education of the children.
On an emotional level, it represents the consummation of a vow of love. On the legal level, marriage represents an agreement that the law recognizes as a contract, binding for the contracting parties and society as a whole.
The wedding is defined as civil when it is held before the Registrar, and is subject to the rules expressly mentioned in the Italian Civil Code and specific laws, and has no religious ramifications.

According to the law, marriage is a legal act designed to create a stable, definite and lasting bond between two people of the opposite sex who want to share the same life plan.

Marriage is protected indirectly by the constitution and expressly by the Italian Civil Code (Art. 82 as amended).
With the wedding ceremony, a legitimate family is created and the couple acquires the status of spouses.

Marriage can exist only if these specific prerequisites are met: the bride and groom are of opposite sex, there is the free and reciprocal display of a desire to be married and the exchange of consent to be married occurs in the presence of the Registrar.

A wedding can only be held if both parties have reached legal age (18 years). With express authorization, the wedding can be held even if the person is only sixteen years of age, following confirmation and evaluation by a competent court (emancipated minor).
The matrimonial bond entails a variety of relationships concerning assets and rights and obligations between the spouses and between parents and their children (Art. 143 and successive of the Italian Civil Code).

There is the possibility of a ceremony made shorter by 30 minutes at the Museo degli Affreschi (the Museum of frescoes – Sala Galtarossa), on Thursday morning and Saturday morning (from 09:00 a.m. to 01:00 p.m.). The ceremony will obviously take place taking into account the time that is available and that at the expiry of the 30th minute the room must be made available to the following couple.

With “Marry me in Verona” it is possible to get an unforgettable wedding ceremony that lasts 60 minutes. This ceremony can be celebrated in all the rooms in the days and hours of your choice, according to the availability of the rooms themselves.
The ceremony can be personalized in accordance with the offices: the time available at your disposal will allow you to provide for interventions of good wishes by the celebrant and by guests, as well as to read texts and poetry. It is also possible to include a musician playing live during the ceremony and a photographic service (the musician and the photographic service are not included in the price of the ceremony).

In the municipality of Verona, civil marriage ceremonies consist of three specific parts:

The ceremony proceeds as follows:
The spouses appear before the registrar (celebrant), accompanied by two witnesses;
The celebrant reads the articles from the Italian Civil Code:

Art. 143 – Rights and reciprocal duties of the spouses
Upon marrying, the husband and wife acquire the same rights and assume the same responsibilities.
The state of matrimony entails the mutual obligation of fidelity, moral and material assistance, collaboration in the interests of the family and cohabitation.
Both of the spouses are obliged, each in relation to their own means and their own ability to work outside or inside the home, to contribute to the needs of the family.

Art. 147 – Duties towards one’s children.
Marriage imposes upon both parents the obligation of providing maintenance, upbringing, education and moral assistance to their children while respecting their capacities, natural inclinations and aspirations, according to the provisions of article 315-bis c.c.

The text of the mentioned article is the following:
Art. 315-bis c.c. – Rights and Duties of the child
“The child has the right to be maintained, brought-up, educated and morally assisted by his parents, in the respect of his capacities, natural inclinations and aspirations.
The child has the right to grow in his family and to maintain a significant relationship with his relatives.
The minor child who has reached the age of 12, and even of a lower age if he is capable of judgment, has the right to be heard in all matters and procedures that concern him.
The son/daughter must respect his parents and must contribute, in connection with his/her capacities, his/her own possessions and his/her own income, to the maintenance of his/her family as long as he/she lives with it”.

The second part of the ceremony involves the reading of the marriage certificate, which will be filed in the registry of marriage records.

The wedding ceremony can be booked as far as a year before the chosen date. The request can be submitted personally to the Wedding Office or by filling in a form on-line.

The main requirements are:

Foreign citizens will have to produce the certificate of no impediment or any other document provided for by the State they are citizens of.

Depending on the residence and on the citizenship of the spouses, the wedding must be preceded by the marriage banns or by the statement of absence of impediments to the marriage itself.

In addition to the bride and groom, the following people must be present at the scheduled time and day:

If both the spouses speak the Italian language also the witnesses will have to.

The Veronese palaces of greatest value that the Municipality of Verona can offer for celebrations are museum sites and monuments: their use is therefore ruled according to their intended use, out of respect for those that intend to visit these places.

Should any extraordinary and unforeseeable requirement prevent the celebration of the ceremony in the established room, the Administration would undertake, well in advance, to offer the couple a similar or more prestigious venue with no additional charge and no other claim can be made by the couple. 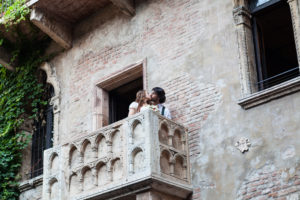 Promise On The Balcony 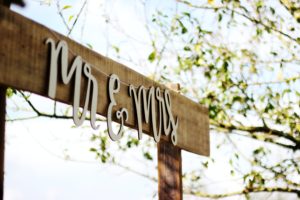 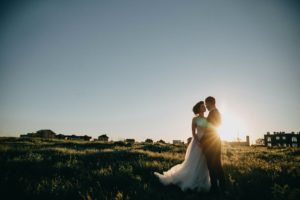 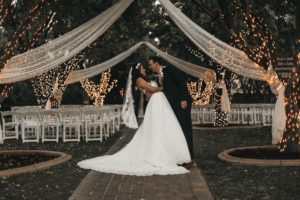